Adventure sports have had a long history with variations being developed for each sport over the course of time. This is especially true of surfing. What was once lying or sitting on a board and waiting to catch a wave has turned into so much more including sports like windsurfing, bodyboarding, paddle boarding etc. And the latest kid on the block seems to be something known as Stand Up Paddling (SUP). In a nutshell, if you combined traditional surfing with a little bit of kayaking, you would get our beloved SUP!

SUP involves a person standing on a board and using a paddle to make their way through the water. This sport is used more for recreation and fitness than as a competitive sport and can be done on rivers, lakes and even oceans. Stand up paddling also has a number of variations including paddleboard yoga, SUP fishing, and even whitewater SUP!

Perhaps the youngest adventure sport there is, SUP was only officially documented as an outdoor sport in a 2013 report which identified first-timers to be mostly from the United States. Historically, however, much like traditional surfing itself, SUP as a sport can be traced back to a Hawaiian baseball team called Waikiki Beach Boys of Oahu in the 1960s. From Hawaii, the sport soon reached California in the 2000s and formed four main centres in San Diego, Malibu, Santa Crus and San Clemente.

SUP also finds a place in African history when warriors used the method of standing on canoes to paddle themselves forward to conduct stealth attacks. Apart from this, SUP can also be traced back to some 3,000 years ago where some connections can be found in cultures far and wide, including Peru, China, Israel, Italy etc.

Stand Up Paddling in India

Most places that are known for surfing can be ideal spots for SUP too. Apart from the oceans, SUP also has immense potential in areas with lakes, backwaters or rivers too. Let’s have a look at some of the best places for SUP in India, and the associated SUP schools in India alongside.

Best Places for Stand Up Paddling in India 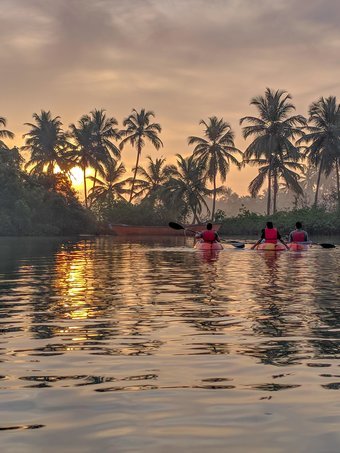 Karnataka
While Mulki is mostly famous for its surfing and some of the best waves to catch in the country, it has now also started a stand-up paddling scene with few, but eager takers slowly gaining interest in the sport. The Mantra Club in this sleepy little coastal village is definitely the place to go to if you are looking for stand up paddling courses in India. 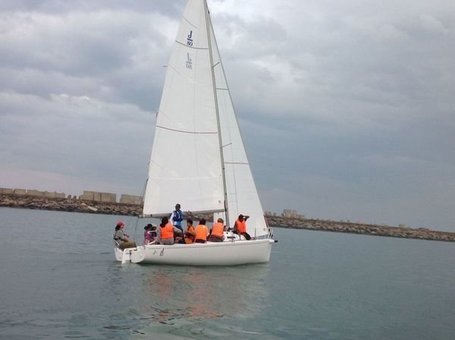 Tamil Nadu
Bay of Life in Chennai, Tamil Nadu has an extensive programme for those eager to learn the techniques and know-how behind this emerging sport. Offering beginner level to advance level courses in SUP, Chennai could be the new SUP hotspot in India, coupled with its great beachside food scene! 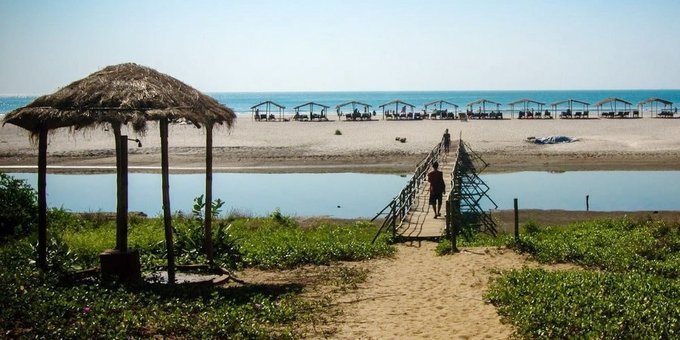 Goa
If you go to Goa and don’t indulge in some water-based sports and activities, did you even go to Goa?! Little do people know that Goa is more than its beaches and crashing ocean waves. There are also mesmerising river deltas lined by thick mangrove forests that make for the perfect spot for stand up paddling! Water Walk, India in Mandrem is the place to go to if you’re looking for an SUP adventure along the calm waters of River Mandovi. From day sessions to guided courses and even personalized packages, they’ve got it all, making it one of the best places for stand up paddling in India. 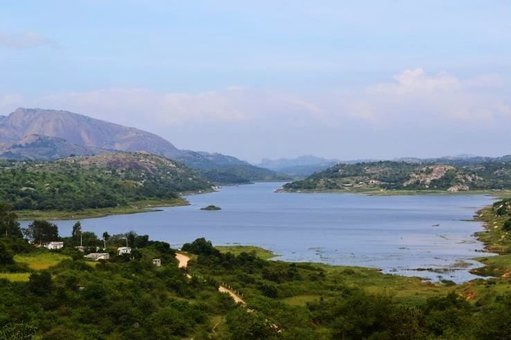 Karnataka
Machan-what! We know, you’ve probably never heard of this obscure little hamlet in the Magudi district of Karnataka but little did you know, it is a fast emerging SUP hub thanks to the magnificent Arkavathi River, a tributary of River Kaveri, flowing through it. The people at Campmonk, Bangalore are known to take several SUP trips to the village and are perfect from some stand up paddling in Bangalore. 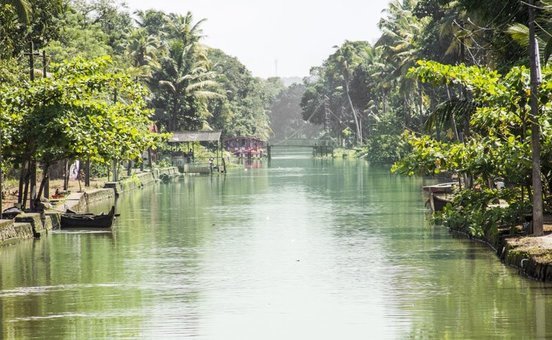 Kerala
It won’t be fair if we talk about backwaters and don’t include Kerala in the list. With the beautiful Kumarakom Backwaters surrounded by the Kumarakom Bird Sanctuary, Kottayam makes for the perfect place to go stand up paddling in Kerala, and Plunge Adventures is right behind you to offer some of the best SUP packages there are!

Best Time to Go Stand Up Paddling in India

SUP can be undertaken during the post-monsoon to winter season anytime between September to April.

The National Institution of Water Sports, Goa is the head governing body for all watersports in India, including stand up paddling that overlooks all aspects related to courses and safety guidelines. However, not much has been mentioned on SUP yet. Apart from the various courses offered by various private schools across the country, individuals can even buy their own stand-up paddleboards from sports stores like Decathlon and kick back on the water to add fun on a mundane day!

Considering the fact that SUP is only relatively new to the country and hasn’t garnered much attention, there is huge potential to have a career in the sport. One can mix the sport with other activities like photography or videography, or even start up your own SUP school, or sell fun SUP tour packages to those interested!

Interested in Stand Up Paddling? Fill out the form below.