You’ve heard of skiing and you’ve heard of skateboarding. But what if you could combine the two and instead of having small designated parks to show off your skateboarding stunts, you had the endless big mighty mountains and their massive snow-covered slopes instead? Yeah, that’s what snowboarding is about! It’s about gliding through that soft white fluff like nobody’s business, as your beloved snowboard swishes from left to right, cutting through the white frost and leaving a powdery trail behind.

Snowboarding is both a recreational and competitive sport. Like most other sports, it has a number of styles and ‘stunts’ that one can perform, including freestyle, jibbing, alpine snowboarding, freeriding and slopestyle amongst some more. As fun as snowboarding may sound, it is also quite a risk to pick up your board and go gliding through fresh snow. Though the injuries related to snowboarding are double the rate of skiing, there is nothing a little bit of precaution, mixed with some refined training and lots of safety measures can’t fix!

Snowboarding as a sport is fairly new and was only developed in the 1960s in the USA. Inspired by surfing, sledging, skiing and skateboarding, this sport is a mix of everything and was introduced as an Olympic sport in 1998 in Nagano. However, the invention of this new sport was looked down upon by the skiing community and snowboarders were always deemed ‘inferior’ to skiers. Snowboarders were stereotyped as lazy, punk, troublemakers etc, most of which are associated with skateboarding as well.

However, these stereotypes seem to be a thing of the past since this sport is gaining more and more traction globally and big adventure companies like GoPro and Red Bull are endorsing this sport through influencer marketing as well. In 2014, snowboarding was even introduced to the Winter Paralympics in Sochi, Russia and now the irrational dislike towards the sport seems to be dying out.

Where there’s snow, and there’s a board, there’s snowboarding! Let’s have a look at one of the best destinations for snowboarding in India from the slopes Uttarakhand to the snowy meadows of Kashmir! 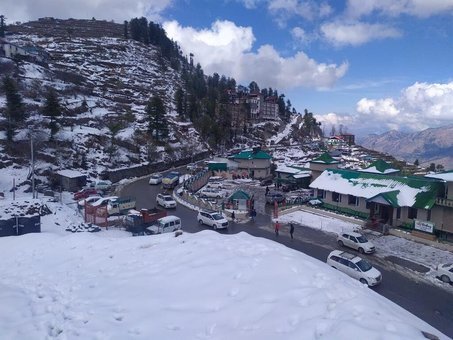 Himachal Pradesh
Even during spring and early summers, Kufri remains the destination for tourists to go see and enjoy in the remaining snow. You can very well imagine then what a white paradise Kufri would be during winters! Snowboarding in Kufri is every adventure lover’s paradise with the HPTDC organizing the annual winter sports festival in Kufri while the slopes of the lower Himalayas of the Shimla district are all blanketed with a thick layer of fresh snow! 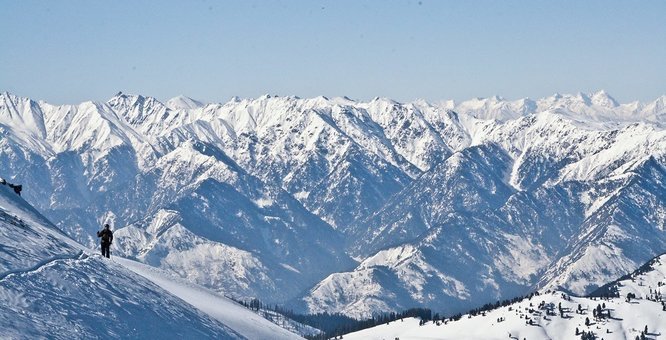 Kashmir
Gulmarg is the 7th largest destination in all of Asia known for its skiing and snowboarding! Snowboarding in Gulmarg comprises of riding in India’s highest gondola, walking up to some insane views and then easily gliding over the fresh and fluffy powder snow accompanied by the tall peaks of the Himalayas! 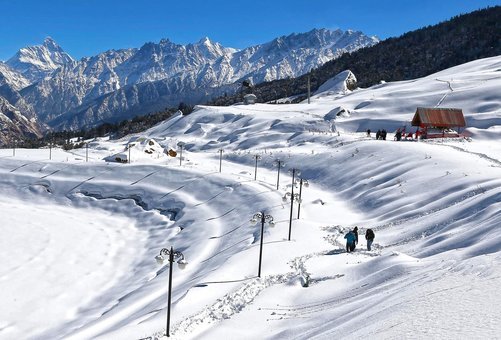 Uttarakhand
Very fondly known as the skiing capital of India, and being the host of the annual Winter Games, it is of no little surprise then that Auli in Uttarakhand is one of the best snowboarding destinations in India. With its mesmerising slopes overlooking the Garhwal Himalaya Ridge, snowboarding in Auli is as good as it gets! With a few guesthouses and a man-made lake completing the scene, Auli can most definitely be your next getaway for winter sports in India!

The Himalayas have been blessed with heavy snowfall year after year since time immemorial, making it the perfect place for us tiny little humans to go gliding over its slopes- be it for skiing or snowboarding. The best time for snowboarding in India includes the heavy snow winter months starting from December and usually ending around late February or mid-March.

The Fédération Internationale de Ski (FIS) or the International Ski Federation is the highest governing body in the world that oversees all aspects of all winter sports like snowboarding globally including certifications, world championships, safety measures and equipment. On the other hand, the World Ski Federation (WSF) is the world’s only international non-profit organization dedicated solely to snowboarding on all levels including competitive, recreational and educational.

There are several institutions that offer snowboarding courses in India. Some of them include Auli Skiing in Auli, Uttarakhand which offers both- beginner (Level 1) and intermediate certifications. Atal Bihari Vajpayee Institute of Mountaineering and Allied Sports in Manali also offers elementary coaching in snowboarding.

As a professional snowboarder, the most common career option is to get into the competitive scene and build your way up to the topmost international championships while bettering your skills. Apart from these, as a snowboarder one can become a photographer, a filmmaker, a journalist, or even work with the best snowboarding and ski resorts in the world!