A lot of adventure sports mimic the skills a certain organism might have. When we’re scuba diving, we’re mimicking the marine life; while paragliding we mimic our winged friends but there’s one sport that supersedes and transcends any and all capabilities that Life has created. There’s no other known being on this planet that can glide over fresh powder snow with such speed and skill that humans now can (with certain technicalities and equipment, of course!) It is no wonder then, that skiing is regarded with such love and ardour all around the world. There is perhaps nothing more exhilarating than cutting through the cold air, leaving showers of fresh snow behind with every inch you go further.

A competitive sport, a means of transportation, and a recreational activity- skiing is a sport that is all in one, and one of a kind! Skiers glide through snowcapped slopes using skis- a narrow strip of a material attached to the boots that help in cutting through the snow. Along with skis, skiing poles are also used to manoeuvre and steer the direction of a skier. Although skiing is primarily a winter sport, it can also be done indoors or outdoors in the grass.

Skiing is one of the most dated adventure sport there is. Having almost a five millennia-old history, modern skiing as we know today is thanks to Scandinavia. Even the word ‘ski’ is etymologically derived from a Norwegian word. However, according to interpretations of ancient paintings, we find that skiing was used in what is now China, more than 100 centuries ago- way before Scandinavia developed it as a sport! The primary purpose of skiing during ancient times seems to have been for transportation, but it wasn’t until the mid 19th century that it became a full-fledged recreational sport!

Today, skiing is recognized as an Olympic sport and several worldwide competitive skiing events take place annually around the globe.

Home to the mighty Himalayas where snow is a year-long affair, India has some of the best skiing sites in the world. From the verdant slopes in Kashmir to the pointy peaks of Uttarakhand, India has something to offer to every kind of skier- beginner or professional, recreational or competitive. Here are Ever Outdoor’s top four places for skiing in India where it is as close to Jannat as it gets!

Best Places for Skiing in India 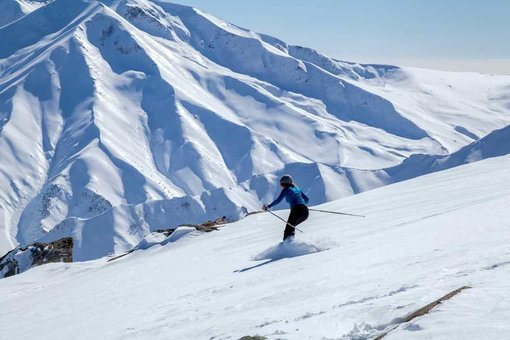 Jammu and Kashmir
If there is heaven on Earth, it is right here in Kashmir. Coupled with its high rising mountains and lush snowy meadows, it makes for the best skiing places in India. Albeit the political tensions that often arise in this state, the hearts of the locals remain warm as ever and it is no surprise then that regions like Pahalgam, Sonmarg and Gulmarg are at the top of any tourist’s list! Skiing in Gulmarg is not only done recreationally but is also taught as a professional course in one of India’s best mountaineering and skiing institutes. Year after year serious as well as casual skiers flock to this paradise and enjoy climbing uphill in gondolas overlooking the beautiful Himalayas, and coming downhill while cutting through fresh powdered snow! 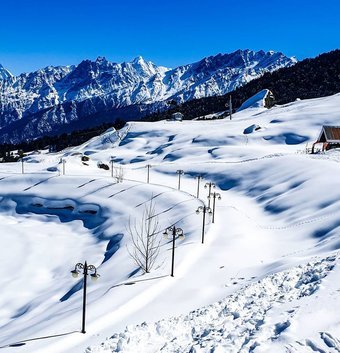 Uttarakhand
If there is one thing Auli is famous for, it has to be its Winter Ski Carnival and Open Championship. At an altitude of 3,200 meters and a vast area covering 5 to 7 kilometres in total, Auli is indeed a haven for ski lovers! The annual Ski Carnival organized by the Uttarakhand Tourism and Winter Games Association has made skiing in Auli famous far and wide. With the highest and longest ropeway in Asia after Gulmarg, the Nanda Devi Wildlife Sanctuary and the clearly visible Garhwal Himalaya range, Auli is nothing short of a skier’s wildest dreams coming true, one of the best skiing in India places! 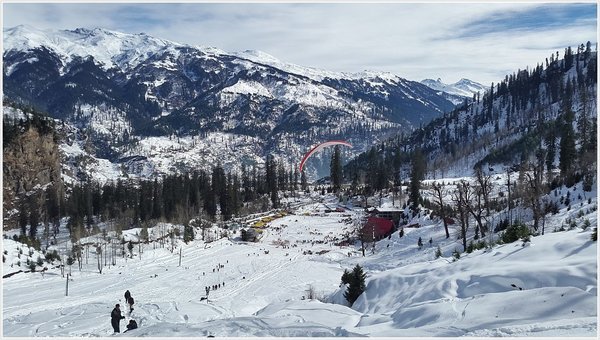 Himachal Pradesh
One of India’s favourite getaway in the hills, Solang Valley in Himachal Pradesh is known for its scenic beauty, pleasant weather and the range of adventure activities it offers. From paragliding to rafting to trout fishing to skiing, Solang has it all! Skiing in Solang Valley is popular amongst those who are either trying the sport for the first time or want to give it a shot for the fun of it. 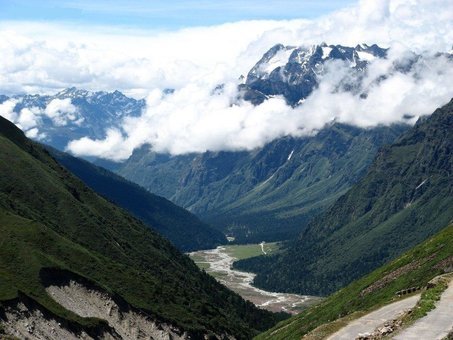 Sikkim
Located at an altitude of 3,575 meters above sea level and nestled deep in the Eastern Himalayas, Yumthangg Valley of North Sikkim is one of the many hidden gems this country has to offer. Skiing in Yumthang Valley is a fairly recent phenomenon, started thanks to the Sikkim Mountaineering Association. With such snow-laden slopes and mesmerising views all around, it is hard to miss Yumthang Valley as one of the top skiing destinations in India.

As is apparent, one cannot ski without snow! The Himalayas in India receive ample snowfall in the winter months especially from December to February. With what once used to be lush green meadows and deep forests are all blanketed with a thick layering of what seems to be white frosting, making the conditions just about perfect for gliding and manoeuvring through the snow. Thus, the best time for ice skiing in India would be from January to March in most ski India destinations.

Most mountaineering institutions also offer several skiing courses in India. The Fédération Internationale de Ski (FIS) or the International Ski Federation is the world’s highest governing body for skiing. There are usually up to 8 levels of skiing recognized internationally, with each level increasing with difficulty. Some of the most famous skiing institutions in India include Indian Institute of Skiing and Mountaineering in Gulmarg Auli Skiing in Auli, The Jawahar Institute of Mountaineering and Winter Sports in Pahalgam and Indian Himalayan Centre for Adventure & Eco-Tourism in Sikkim.

Some of the most common career options for skiing include professional competitive skier and ski instructors. But apart from these, there are a host of other alternative career options one could choose from, include journalism, event management, ski photographer and even giving a shot at the influencer marketing industry with companies like GoPro.