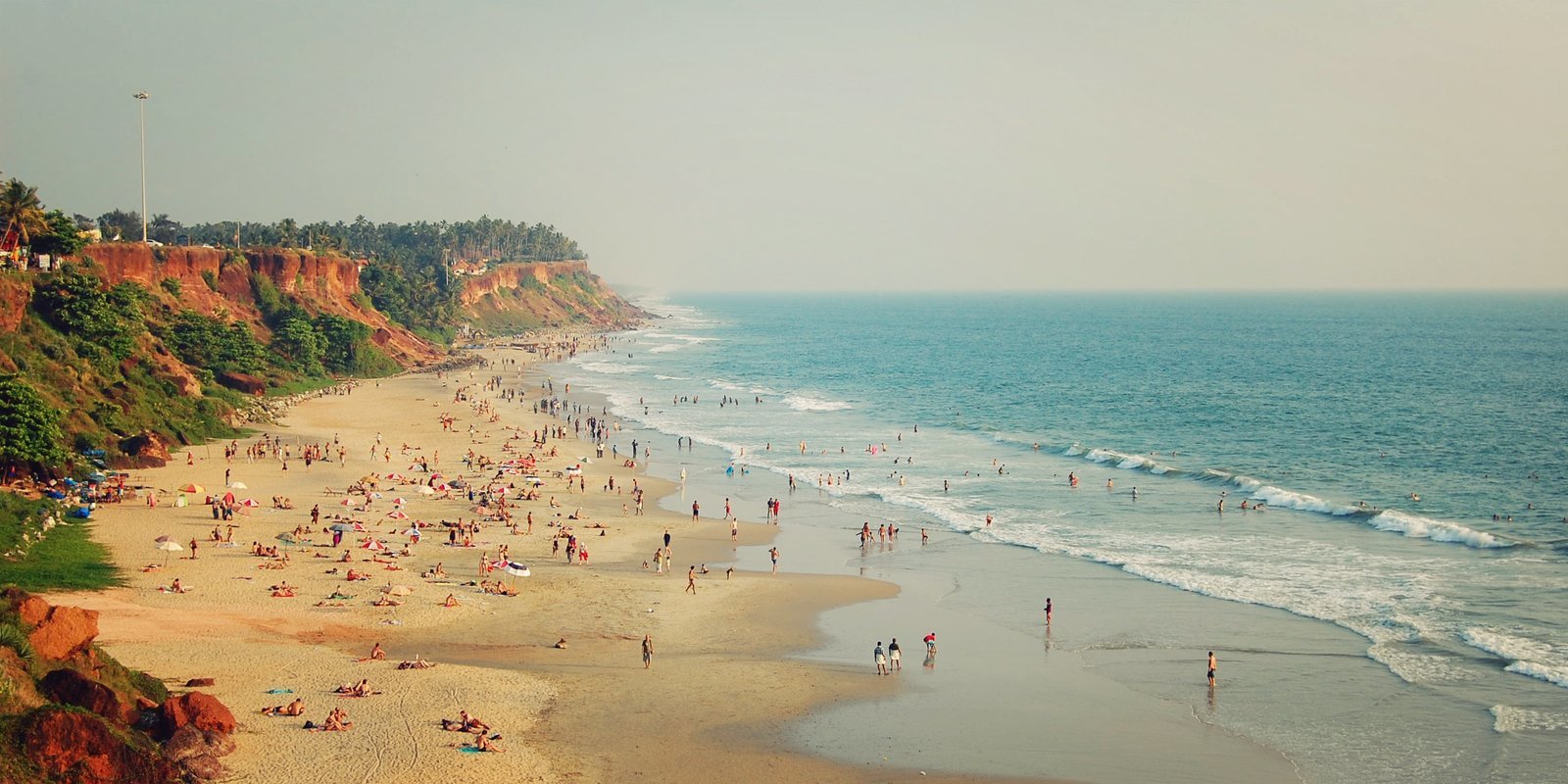 Located in the Thiruvananthapuram district of Kerala, Varkala is a small town located by the coast of the Arabian Sea. Varkala is best known for its unique geological formations commonly known as Varkala Formation. These Cenozoic sedimentary cliff formations have been declared a national geological monument by the Geological Survey of India. Varkala Beach is surrounded by a number of natural water springs that are said to contain natural herbal properties that alleviate a number of medical conditions.

Varkala is also an important Vaishanviate site and is often known as the “Benaras of South”. The Papanasam Beach- or the Varkala Beach- is also an important ayurvedic treatment place. The Janardana Swami Temple, a 2000 something old temple, is one of Varkala’s main attractions. This temple was built by a king after Lord Brahma instructed him to do so to wash away his sins.

Apart from an important religious site, Varkala is also extremely famous with tourists- both domestic and foreign alike. With its azure waters from the Arabian Sea and its many water bodies including the Kappil Lake, estuaries and backwaters at Paravur, Anjengo Lake and Ponnumthuruthu or the Golden Island, water sports in Varkala is a booming industry. Apart from its many water sports like surfing, scuba diving, stand up paddling kayaking etc, Varkala beach paragliding is also a popular activity. In Varkala paragliding, one takes off from one of the many cliffs in the town and during the flight, one can enjoy the stunning sceneries of the waves crashing on the shore, the swaying palm trees and the sandy beach.

Varkala is the go-to stop for bumming it out on the beach but if an adventurous fix is your scene, Varkala will welcome you with open arms as well! With multiple adventure tour operators now in place in this little coastal town, there’s now an exciting destination beyond Goa for enjoying the beach and getting your adrenaline game on!