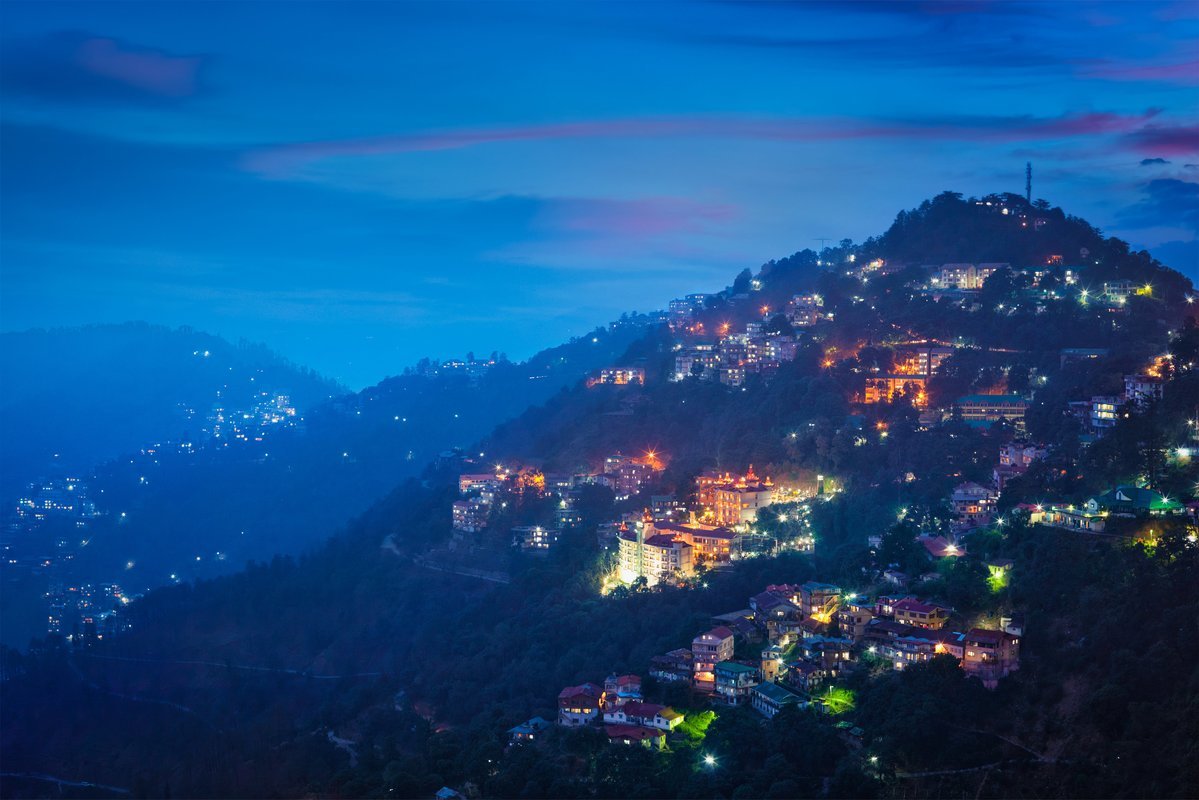 Shimla is the capital city of Himachal Pradesh, and was also the summer capital of British India. This hilly city is best known for its neo-Gothic and Tudorbethan architectural buildings dating back to the colonial era. The Mall Road of Shimla especially has a number of government buildings including the post office and BSNL office that flaunt these Western architectural styles. Other notable buildings include Town Hall and Christ Church.

Shimla- along with other mountain cities like Nainital and Mussoorie- ranks high in the top hill stations of India. The toy train that runs between Kalka and Shimla offers a beautiful ride among lush forests and is one of the best attractions here. Apart from Mall Road and cafes, there is much more to Shimla than meets the eye. Chanshal Peak at 4,520 meters above sea level is Shimla district’s highest peak which makes for a great trek. Shali Tibba- another peak in the district- offers stunning 360 degrees views of Himalayan ranges like Pir Panjal and Dhualadhar and even Garhwal Himalayas on a clear day. Trekking is one of the best activities in Shimla with various day hikes and multi-day treks in the district including Hatu Peak, Chandernahan Lake trek and Chanshal Pass amongst many others.

Apart from trekking, there are several other adventure sports in Shimla that one can look out for. Ice skating is one of them, with South Asia’s largest natural skating rink located in Shimla. Other sports like skiing and snowboarding in Narkanda, river rafting and mountain biking make for the perfect adventure in Shimla. Shimla even hosts the annual mountain biking race called MTB Himalaya since 2005, making it one of the biggest events of its kind in South Asia.

From temples to churches, posh neighbourhoods, vintage buildings, serene deodar forests, and hip cafes- Shimla has it all! It makes for the perfect place to get your adventure game on and its nearby towns like Mashobra, Kufri, Chail and Sanjauli make for the perfect weekend getaway from Delhi!