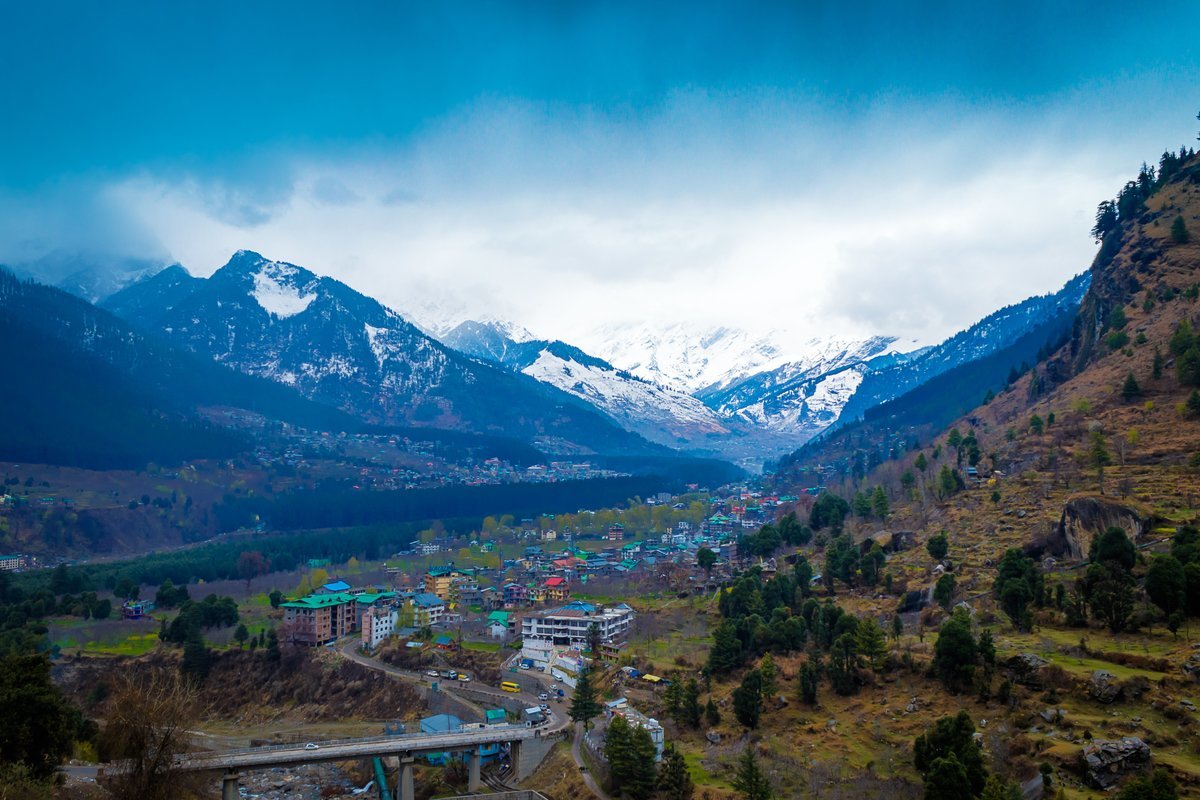 Located in Himachal Pradesh, Manali is a big town in the Kullu district. This now urbanized settlement with tourists flocking around the year once used to be the starting point of the ancient trade route to Ladakh and further into China. Manali also serves as the gateway to Lahaul and Spiti district, as well as Ladakh, thanks to the formidable Rohtang Pass located just about 50 kilometres away.

Apart from being a bustling tourist hotspot, Manali also has deep-rooted religious significances. This hilly city gets its name from the sage Manu whose temple is located in Old Manali. Apples grow aplenty here thanks to the British and the Beas River that flows by this city is loaded with the trout fish.

Manali has been the favourite place of all types of tourists since ages. The luxury and family tourists often prefer the town centre around the Mall Road with cafes and hotels available. On the other hand, the backpackers and hippie travellers flock in the nearby villages including Old Manali, Vashisht, Jagatsukh and Naggar. For the adventure lovers, there is a great bouldering scene at Sethan and skiing and snowboarding at Solang, making adventure sports in Manali truly amazing. Other adventure activities in Manali include river rafting in the Beas River, mountain biking and trekking along the several trails in the vicinity including Hampta Pass, Beas Kund and Bhrigu Lake. Paragliding in Manali is another great activity to do here with the mesmerising view of the Pir Panjal and Kullu valley keeping you company.

Manali is a culturally, historically and adventurously rich city with plenty of options and “things to do” suiting everyone’s different needs and wants. With day hikes, multi-day treks, motorbiking routes, MTB trails, and snow games, one can always be up for some adventure in Manali!