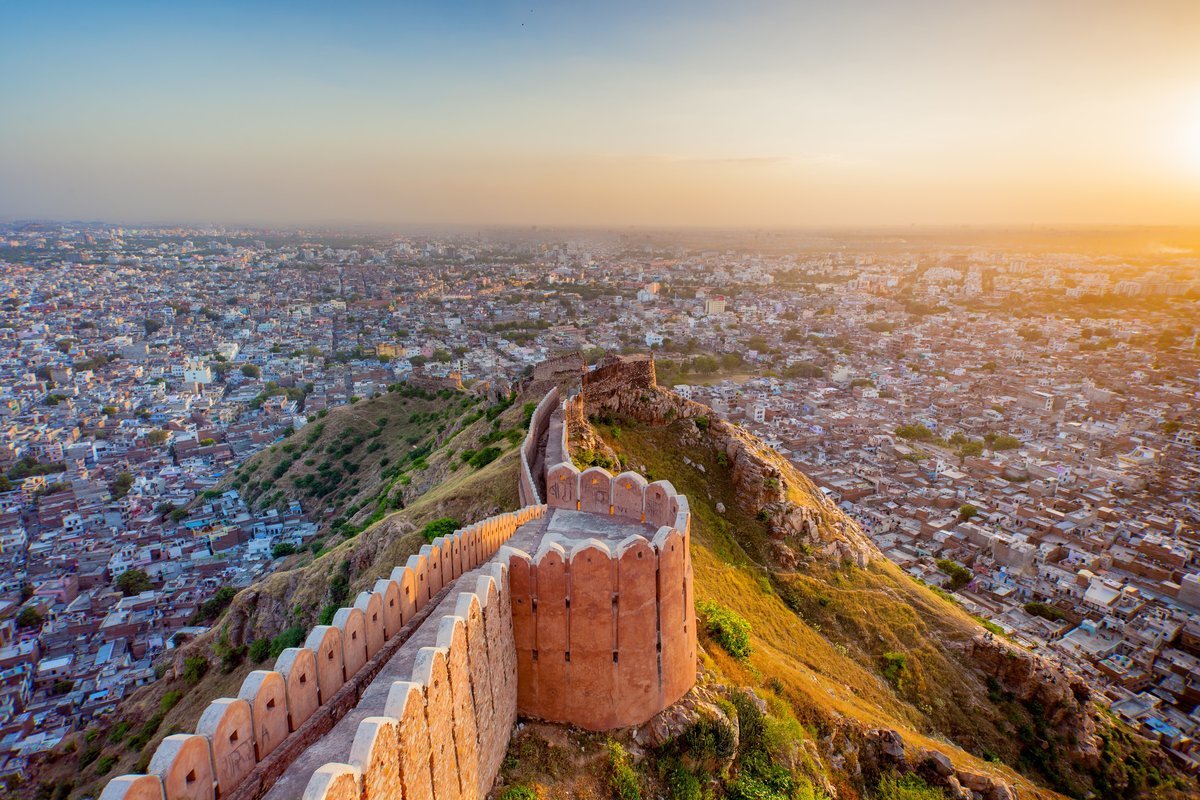 Founded by Raja Jai Singh II, ruler of Amer, Jaipur is the capital of Rajasthan. The making of the city took four years under the Raja’s rule and remained a part of the Jaipur State during the colonial period. After independence in 1947, Jaipur was made the capital of the newly formed state of Rajasthan. Jaipur is also commonly known as the “Pink City” due to the dominant colour of the city’s architecture. The city was painted pink during the reign of Sawai Ram Singh I when King Edward VII came to visit Jaipur in 1876. Jaipur is also a part of the west side of India’s Golden Triangle tourist circuit. Furthermore, it is well connected with Rajasthan’s other famous tourist places like Jodhpur, Jaisalmer and Udaipur.

Jaipur is a culturally rich city with a number of tourist places to visit and a vibrant food culture. Ker Sangri, gatte ki sabzi, dal baati churma, ghewar, laal maans and kachori are some of the most popular foods here. Famous attractions here include Hawa Mahal, Albert Hall Museum, City Palace, Nahargarh Fort, Jal Mahal and Amer Fort amongst others. The shopping scene in Jaipur is also very rich, with the traditional handicrafts of bandhani, leather, block-printing, zari, gota-patti etc on sale everywhere.

Jaipur is a hot semi-arid region and also home to the Aravallis, a range of Northwest India of one of the oldest fold mountains in the world. This desert-like geography of the city makes for adventure sports in Jaipur quite popular. Some of the most common of these are hiking and rock climbing, with the Aravallis making the perfect adventure places in Jaipur. Apart from other activities like hot air ballooning, paragliding in Jaipur is also a very popular activity with the vastness of the Aravallis providing for a great view to look at from up above! Such Jaipur adventure places make what this city truly is- a perfect amalgamation of rich culture and a buzzing adventure scene.

So whatever your fix may be- from trying out a different cuisine, to going on a shopping spree, and from getting your history dose to soaring high with an adrenaline rush- Jaipur has got it all. With its close proximity and good connectivity with Delhi, and its nearness to other gems of Rajasthan, Jaipur makes for the perfect destination for any kind of traveller!