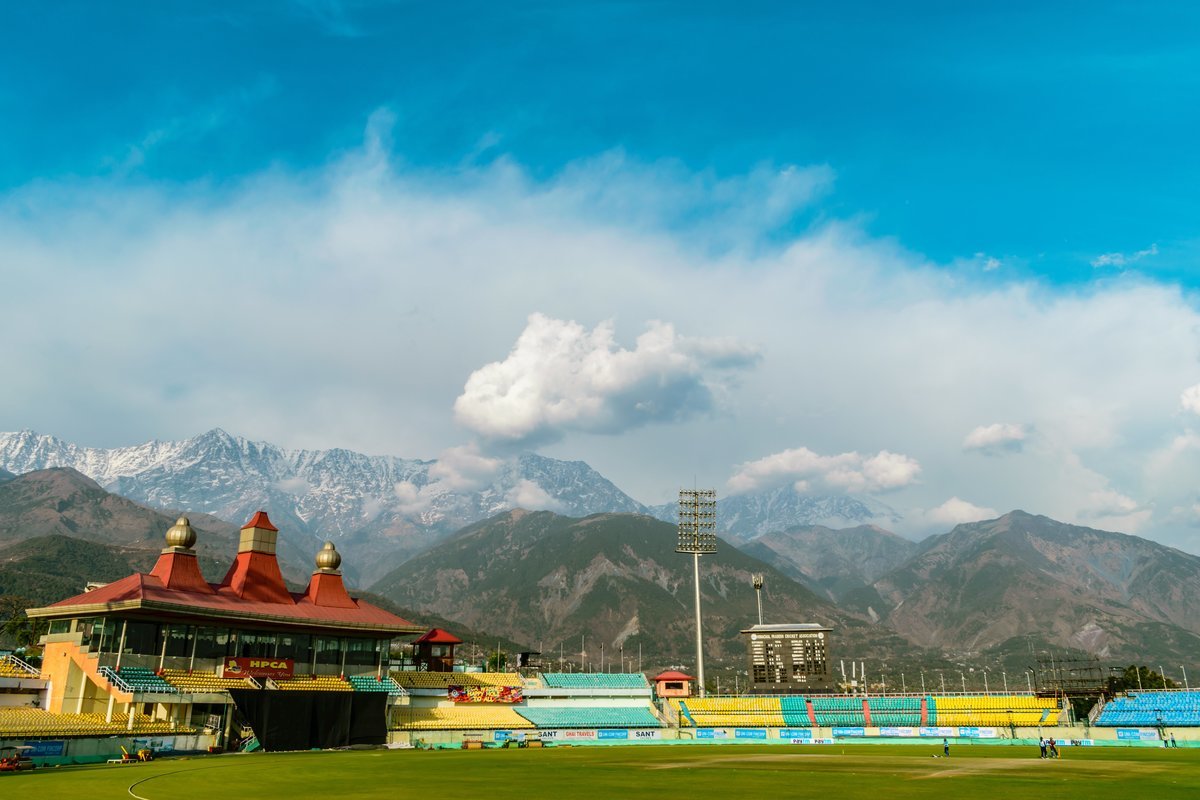 Dharamshala is famous for a lot of things, top of them being the Himachal Pradesh Cricket Association Stadium, a beautiful cricket ground flanked by the mighty snowcapped Dhauladhar mountains. Kangra or Dharamshala tea is another famous product found in the region, a fruity flavoured, pale coloured tea first introduced by William Jameson in the 1800s.

Of the many other specialities of Dharamshala, it is also known to be a major Tibetan refugee centre in India. It is to this very region where the 14th Dalai Lama sought exile after fleeing Tibet in 1960s during the Tibetan uprising against the Chinese invasion. Ever since, Dhamrashsla and the surrounding areas, especially McLeod Ganj have been home to a number of Tibetan refugees and also houses several Buddhist monasteries.

The Tibetan settlement in Dharamshala actually paved the path for tourism in this region. With Tibetan cafes, monasteries, art galleries and flea markets selling gemstone jewellery amongst other things. Apart from this, there is a huge scene for adventure activities in Dharamshala, top of them being trekking to trails like Triund, Kareri Lake and Indrahar Pass. Paragliding in Dharamshala is also huge in a small village called Bir located just about 65 kilometres away. The Mun Peak expedition is one of the top expeditions for mountaineering in Dharamshala and for reasons such as these, the adventure sports in Dharamahsla have really taken off!

Dharamshala is the perfect getaway for all kind of travellers- religious pilgrims, spirituality seekers, cafe hopper, souvenir shoppers, the relaxers and adventurers alike! Thanks to its close proximity to Delhi and Chandigarh, it is also a much-beloved weekend destination in Northern India.