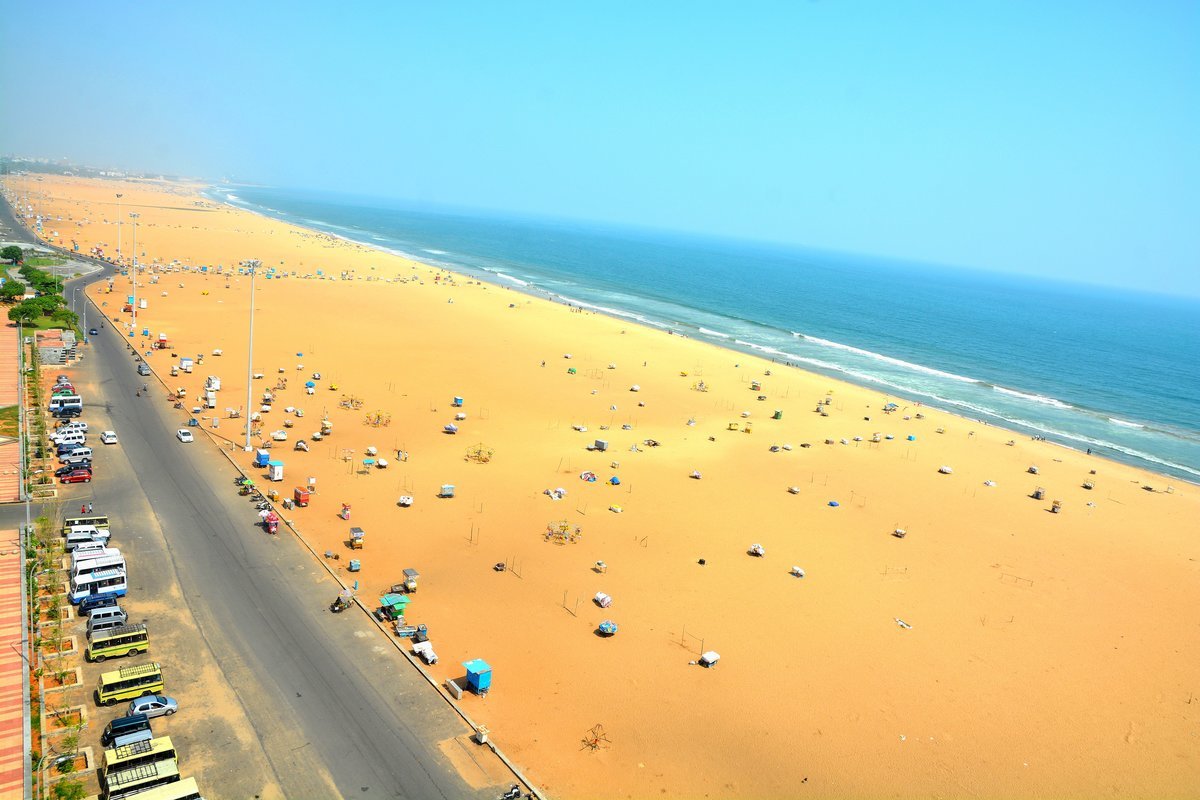 The capital of Tamil Nadu, and the biggest economical, cultural and educational centre in South India, Chennai is an important city of India. While being one of the most visited Indian cities by foreign tourists, Chennai was also ranked at 43rd in the list of the most visited cities in the world in 2015. Formerly known as Madras and located on the coast of Bay of Bengal, Chennai is also known as the health capital of India. Chennai also is a major film production centre, thanks to the Tamil film industry.

The history of Chennai goes way back even before the Vijayanagara Empire. During colonial rule, the Portuguese and Dutch were the main colonies settled here. This obviously gave rise to a number of churches and palaces in Chennai, and also established it as a major naval base for India, which continues to be so even today. In recent history, Chennai was one of the worst-hit regions during the Indian Ocean Tsunami of 2004. There are a number of places to visit in Chennai which include its many beaches like Marina Beach, Edward Elliot’s Beach and other places like Santhom Cathedral Basilica,  St George Fort, Government Museum, along with the many adventure zones in Chennai.

The city’s coastal geography along with its many gushing rivers gives it a prime location for most water sports in Chennai. The city’s close proximity to the Nilgiri Mountains also makes for a great destination for trekking, hiking, mountain biking and other adventure sports in Chennai. Surfing, scuba diving, kayaking, rafting, sailing and stand up paddling are some of the most popular adventure games in Chennai but the growing scene of paragliding in Chennai is remarkable too.

Chennai is good not only for the outdoors but also for the many adventure places in Chennai which include Queen’s Land, Dizzee World, Kishkinta and Madras Crocodile Bank. This city is also filled with interesting cafes serving world food. So if you’re a foodie, a cultural enthusiast, or a plain old adventure junkie like us, Chennai should definitely be on the top of your list!