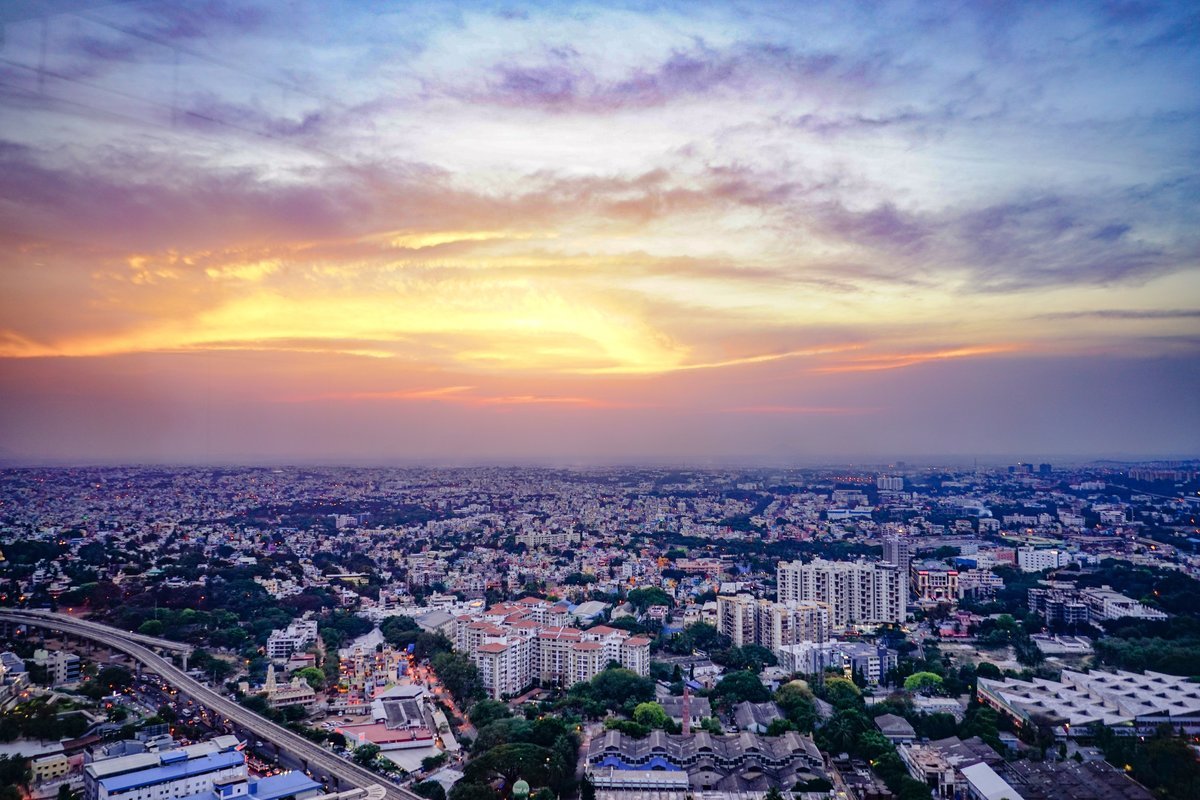 Bengaluru- or Bangalore- is the capital city of Karnataka and also a tech and IT hub. It has often been called the Silicon Valley of India since a number of Indian technological companies are headquartered at Bangalore. Not only that, but Bangalore has also long been associated with a great nightlife, microbreweries and cafes. Bangalore’s many parks are also its key factor, often compared to the mighty Central Park in New York City! The most famous of these is the Cubbon Park- home to a range of activities and adventure sports in Bangalore like yoga, martial arts and rock climbing, and also a nature lover’s paradise with its many trees and birds and butterfly species.

The history of Bangalore dates back to the 15th century when the ruler Kempe Gowda I made a mud fort which essentially established Bangalore as we know today. It is after Kempe Gowda that Bangalore’s airport is also named. This megacity was under the British rule for a long time as well starting from the 1800s until India’s independence in 1947. The iconic Bangalore Palace is a reminder of the city’s British history. Bangalore is also an educational hub with some of India’s finest schools like Christ University, National Institute of Design, National Law University and Srishti Insitute of Art, Design and Technology located here.

Geographically, the city is located at the heart of the Deccan Plateau, making it a prime location for many adventure games in Bangalore. While some parts of the city are hilly, which make for some epic biking and hiking trails, there are many lakes and rivers around the city too, which make it perfect for the many adventure sports resorts near Bangalore that have propped up. Rivers and lakes near the city like Kaveri and Ulsoor Lake have become some great spots for water sports in Bangalore like kayaking, rafting and stand up paddling. Some of the other top adventure sports near Bangalore include rock climbing, trekking, mountain biking amongst others.

So whatever your scene maybe- if you want to go pub crawling or kayak through a peaceful lake, get your geek mode on or go mountain biking- Bangalore’s the right fit for you! It’s got something for everyone and is a buzzing hotspot for the youth today.