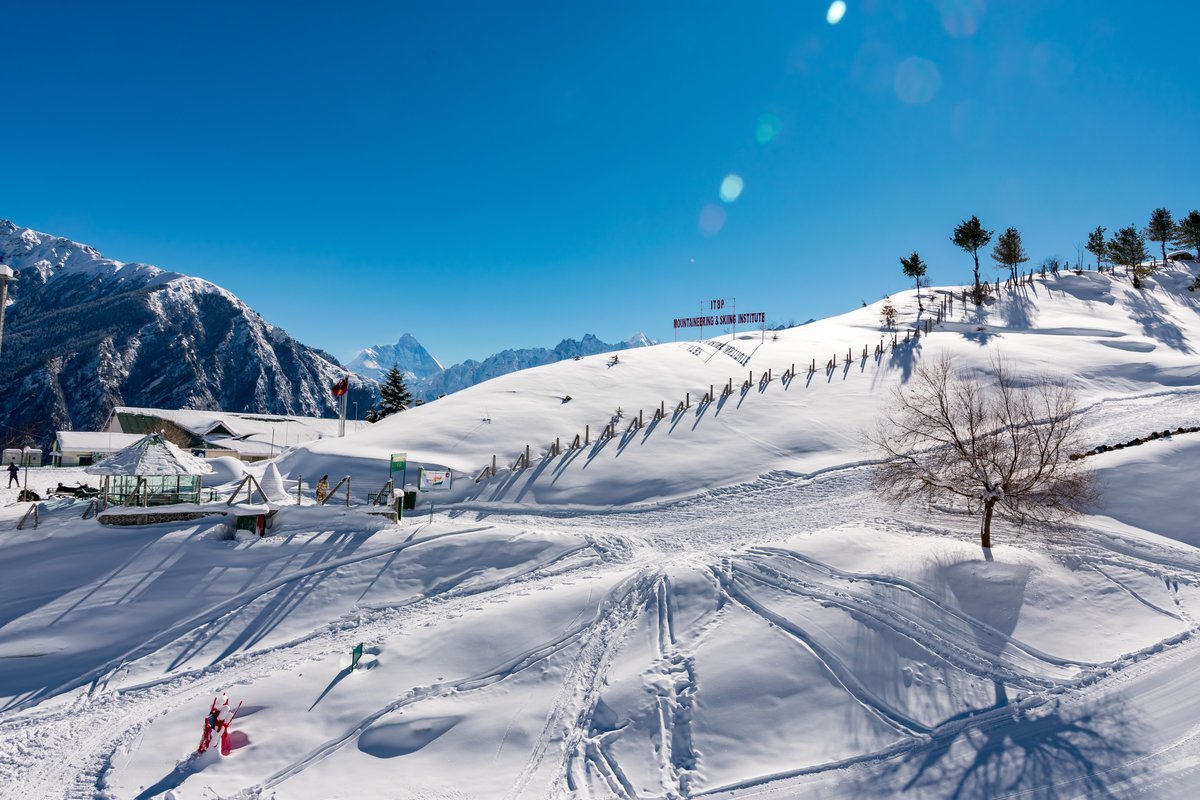 Located in the Chamoli district of the Garhwal region of Uttarakhand, Auli is a popular ski village in India. Located at a height of 2,800 meters above sea level, this small village is also referred to as Auli Bugyal. “Bugyal” in the Garhwali language means “ alpine meadow” and such meadows are commonly found throughout Uttarakhand and other Himalayan regions including Bendhni Bugyal, Dayara Bugyal, Rohini Bugyal etc. Auli is also located close to the Valley of Flowers National Park which is known to be home to almost 500 species of flowering plants between the months of June and October!

In the winters, from December onwards, Auli gets blanketed by a thick cover of snow each year and the undulating slopes of its meadows or bugyals make it the perfect destination for skiing and snowboarding. The meadows are flanked by coniferous forests and offer panoramic views of the Greater Himalayas, including the mighty Nanda Davi Peak. Auli is connected well to the nearby town of Joshimath by a 4 kilometres long gondola ropeway- the second-highest in Asia after Gulmarg in Jammu and Kashmir. Skiing in Auli is efficient with a chairlift and a ski lift for skiers. Auli is also home to the highest artificial lake in the world, which is used to produce snow via snowguns in the years it doesn’t snow enough. For those enthusiastic about skiing, or interested in carrying their skiing skills to greater heights, Auli has a few ski schools that skiers can choose from.

However, skiing is only one of the many adventure activities in Auli. Other Auli adventure sports include snowboarding and trekking. There are various trekking routes that pass through the meadows of Auli. Adventure sports in Auli are replete with numerous day hikes, of which Gorson Bugyal is the most popular. This short 3 kilometres long trail goes through a dense oak forest and open out to a beautiful meadow showcasing some of the highest peaks of India, truly making it heaven on earth!